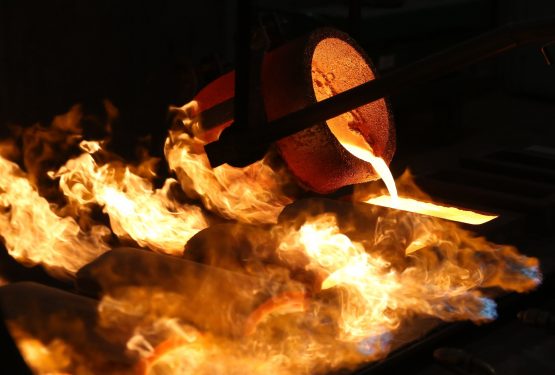 From South Africa’s ultra-deep mine shafts to vaults underneath London, from metals traders in New York skyscrapers to main-street sellers of coins: the global gold market is being tested like never before.
The cracks are starting to show.

Worldwide panic over the coronavirus outbreak and a flood of stimulus by central banks has ignited demand for one of humanity’s oldest methods of storing wealth. But even though there’s literally thousands of tons of gold bars sitting in vaults around the world, it’s suddenly much harder to get metal when and where it’s needed.

“Since last week, face masks, hand sanitisers, toilet rolls and bullion have something new in common – they run out when everyone tries to buy them,” said Vincent Tie, sales manager at Silver Bullion in Singapore.”

Here are four key ways in which the gold market is being upended by the coronavirus crisis:

Gold’s age-old appeal as a store of value in a time of crisis means has sent demand for metal surging. Even if companies, financial institutions and nation states crumble, the virtually indestructible metal offers investors a way to convert their assets into high-value bars that can be stashed in a vault or under a mattress. For institutional investors like fund managers, gold offers a way to shield against losses elsewhere in their portfolios, while governments have relied on the metal as a universal currency that can provide a buffer for national reserves.

Much of the world’s gold is stored in vaults in London, Switzerland and New York. The largest single depository is the New York Fed, which holds 497 000 bars stacked high on the Manhattan bedrock. In London, the Bank of England in the City of London holds a further 400,000 bars, while other vaults are operated by banks and logistics companies.

The gold market links these hubs with mines spread around the globe and refineries that buy up gold ore from miners and scrap bars and jewellery and produce bars and coins of various sizes – whatever is in highest demand. This week, three of the largest refiners, located in the canton of Ticino in Switzerland, were forced to close after authorities ordered a lockdown.

It’s getting harder to transport gold because it typically flies around the world on ordinary commercial flights, which are being canceled by the thousands.

And while some flights are still moving, there’s a limit to how much gold can go on each airplane. It’s not weight, but value: it’s not possible to get insurance for more than a certain amount on any one plane. But it’s not unheard of for nations to send military planes to ship their gold around the world, complete with armed escorts.

In one sign of how things have slowed down, shipping Russian gold overseas can now take about a week instead of a day, said Alexey Zaytsev, head of commodities & funding products at Otkritie bank.

All these factors have combined to create a historic squeeze in the New York gold futures. Typically investors buy futures to get exposure to gold prices without having to worry about the day-to-day inconveniences of actually owning metal, while banks use futures to hedge their physical metal exposure.

However, if investors hold their futures contract to expiry, they will receive physical metal in a specific form: one 100-ounce bar or three kilobars. Ordinarily, if the price of the New York gold futures rises too far above gold prices elsewhere in the world, banks simply buy kilobars elsewhere in the world and fly them to New York. But the disruption of global supply chains has thrown that process into doubt.

The result has been a sharp spike in futures prices, making metal in New York much more expensive than gold for immediate delivery in London. The surging difference – known as a spread – has rattled even veteran traders.

Even mines are being disrupted, with an industrywide shut down in South Africa – unprecedented in its 150-year mining history – the most dramatic example. Operations are also being stopped or curtailed elsewhere, from Argentina to Canada.

The above-ground stocks of gold mean production disruptions are less important than for industrial metals like copper. Still, the shutdowns will add to the shockwaves rippling through the market.

At last, sanity in state’s…

Zooming in and zoning out…